After upgrading the Bauer Vapor line last season with a great new skate, it looks like it is time to update the Bauer Supreme line of skates here in 2009-10. The new top of the line skate will be the Bauer Supreme One100. However, it will also be complimented by a special edition skate, the Bauer Supreme TotalOne. Unfortunately, there’s not a whole lot of information out about these skates at the current time. We expect them to make their official debut at the 2010 Winter Olympics in Vancouver, however.

Update: The Bauer TotalOne skates are now available for purchase. Check ’em out at IceWarehouse.com 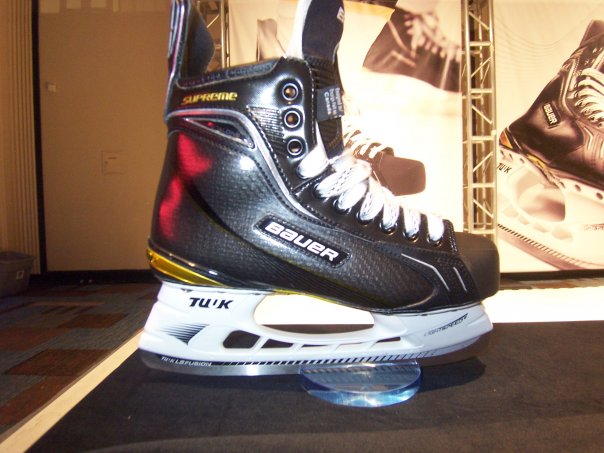