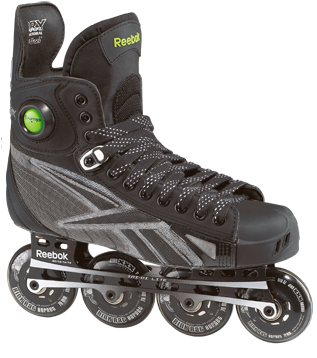 Inline Warehouse has added the 2010 Reebok Roller Hockey Skates to their site and made them available for pre-order. Reebok has done an amazing job with the entire 2010 line up of skates. I had previously posted about the white Reebok 8k skates, and the 10k as well, but the rest of the series looks just as nice.

It looks like the 8k skate is going to give you the best bang for the buck. They have it listed currently at $289.99, which is far less than I thought it might go for. Mission has 3 different skates above that price point, so props to Reebok for making a great looking skate, with great features, at that price point.

If you’re in the market for a good looking new skate for the upcoming season, give the Reebok line a serious look. Inline Warehouse shows they will have them available and ready to ship November 11, 2009.

Unfortunately, the new Reebok roller hockey pants are still not available on the site, but hopefully they’ll be up soon as well. After seeing a pair in the Itan Chavira video, it looks like their pants will be taking a giant step in the right direction as well.