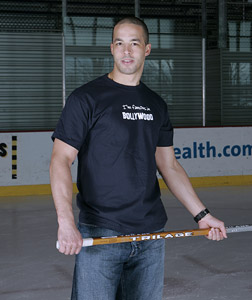 Manny Malhotra has been signed by the San Jose Sharks. Recently playing for the Columbus Blue Jackets, Malhotra signed as an unrestricted free agent for one year with the Sharks.

Last season Malhotra netted 35 points in 77 games played. 11 goals and 24 assists make up those 35 points, with 6 of his assists being on the power play.