DirecTV Could Shutout Versus

DirecTV refuses to give an increase to a network that has poor ratings.

If cable network Versus and satellite subscriber DirecTV don’t resolve their dispute in the next week, hockey fans who have DirecTV won’t be able to watch nationally televised games unless they have NHL Center Ice.

The current contract that DirecTV has with Versus expires August 31. The main issue is the difference each side has in carriage fees. From it’s cable operators in 2009, Versus has been about 18 cents per subscriber per month. Versus wants an increase in it’s carriage fees, with it’s reasoning being that they have become “the fastest-growing sports network in the country” in a statement released Friday.

Additional facts on Versus’ side is that they are averaging 3,000 more viewers at any given time (according to Nielsen ratings numbers) since changing it’s name from the Outdoor Life Network in 2006-07 when they acquired the NHL cable rights. This isn’t just a NHL issue as Versus also broadcast sports such as college football, IAAF Track and Field, IRL auto racing, WEC cage fighting, and the Tour de France. Versus is now seen in 75 Million homes across the country. 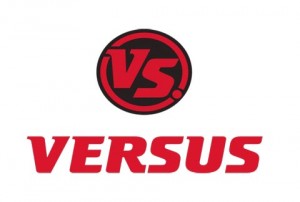 Versus could be gone from DirecTV if both sides don't come to an agreement before September 1.

DirecTV’s case is that the ratings Versus gets doesn’t equate the rate increase they desire. In a story about the dispute that appeared in the L.A. Times, DirecTV said that “Versus’ overall ratings are poor and have not increased nearly enough to justify what we’re paying them, let alone the significant increase they’re asking for”. What also helps DirecTV in stating their case is that Versus is ranked 61st among the 74 English-advertising supported networks.

This could be a problem for fans of Detroit, Pittsburgh, Washington and Philadelphia as a lot of their nationally-televised games appear on Versus.

Another factor that has DirecTV’s hands tied, is that Versus is owned by Comcast. Comcast is a major competitor of DirecTV in the cable-satellite wars.

A graph comparing the ratings between NBC and Versus during the first three rounds of the 2009 Playoffs.