Every great player has highlight reel plays. Be it scoring a pretty goal, laying on a big hit, or a goalie standing on his head. Which of the 3 types of reels would you like to play over and over? On the flip side, which of the plays would you least like being in if you were on the opposi 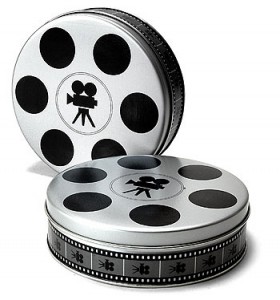 Highlight reel goals, for sure. With grace and ease a skilled forward is able to make his way to the net for a highlight reel goal, turning players inside out and, in the case of Alex Ovechkin, even turning yourself inside out before scoring. Great puck handlers like Datsuyk and Malkin can make even the best defenseman look silly. These are guys who even get their teammates to shake their heads on the bench and say, “How did he do that?” A sick dangle or a highlight reel goal is a thing of pure beauty and these guys make it look easy. As much as hitting is a big part of the game, finesse moves and out-of-this-world goals provide entertainment and leave fans and players alike wondering if they only imagined what they just saw.

Adversely, sometimes you’re the guy shaking your head when you have a wide open net and the goalie miraculously sprawls across the crease with his glove wide open to snatch the puck out of mid-air centimeters before it crosses the goal line leaving you to wonder if that catching glove is regulation size. When you’ve got an open net, you’d better bang it home because goalies are waiting to make highlight reels of their own at your expense.

I guess you can say I’m going to be a bit biased because I’ve spent 90% on my hockey career between the pipes. I have made hundreds of game-changing saves in my life. But I’m going to honestly say for once I’d like to be the one lighting the lamp. I’ve admired players such as Ovechkin, Zetterberg, Iginla and the ways they have been able to score.

On the other side of things, I would not want to be on the other side of a big hit. I think one of the reasons why I stayed in goal is not only because they are the only players on the ice the entire game, but they don’t get hit as well. I’m 6’1 and 160 lbs., so I think if I were to get “Kronwalled”, I would feel it a little harder and for a little longer than most players.

Being that I play defense, I would have to say lining someone up and laying the body on them for a big hit is what I would like to be remembered doing. The physicality of the game dictates how players react, be it chasing the puck in the corner, or passing instead of holding the puck. Nothing makes a player or team shudder more than after a big hit.

Slight side effects of tightness of the stomach, embarrassment and wanting to go invisible may occur. Being deked around and made to look like your motoring skills are the equivalent of a new born is the last thing I would want, and I think I would try to burn the video evidence. Stay away dirty dangles, stay away.

I absolutely love a great dangle that leads to a goal. When a skilled puck handler walks around a defenseman and proceeds to undress the goalie, I am sure to be out of my seat. Fortunately, it seems that we are seeing a lot more of that in the “new NHL”. Players are now allowed to show off their speed and skill as most of the obstruction has been removed from the game.

On the flip side, being that defenseman who gets walked around, looking so helpless, is pretty embarrassing. It will definitely help you learn to play the body though. I think after being dangled repeatedly, you start to pick up on things like that in hopes to avoid future humiliation.

I absolutely love a great dangle that leads to a goal. When a skilled puck handler walks around a defenseman and proceeds to undress the goalie, I am sure
to be out of my seat. Fortunately, it seems that we are seeing a lot more of that in the “new NHL.” Players are now allowed to show off their speed and skill as

most of the obstruction has been removed from the game.