The New York Post has reported that the New York Rangers have agreed to terms with unrestricted free agent Vaclav Prospal to a one year deal worth $1.1 million.

The 34-year old left wing was bought out by the Tampa Bay Lightening less than a month ago while he still had three years remaining on his contract after a sluggish 2008-2009 season where he posted 45 points in 82 games. 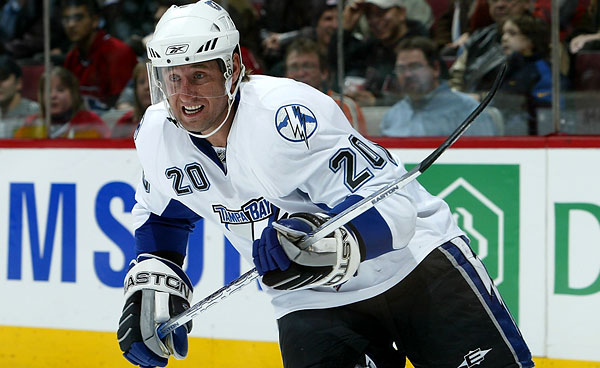 On paper, this looks like an effective move to help replace Scott Gomez and bolster the offense and goal-scoring capabilities of the Rangers. New York added free agent right wing Marian Gaborik to the mix earlier this summer and are now bringing in a veteran player who had a 33 goal campaign in 2007-2008 while tallying a total of 71 points. Can you imagine the damage that could be done by a top line comprised of Chris Drury, Marian Gaborik and Vaclav Prospal?

In reality, however, the story could play out much differently. Prospal had a sluggish season last year. This could have been because of the management and coaching issues in Tampa Bay, or it could have been a sign that Prospal is beginning to slow down with age. And Marian Gaborik is yet to play an entire NHL season. In 2007-2008, Gaborik played in 77 games and notched 42 goals for 83 points. Last season he played in only 17 games, but he also had 23 points. He is a high-risk high-reward player. If Gaborik goes down and Prospal proves that age is catching up to him, Drury might be called upon for the majority of the teams offense. Again. Hope Ales Kotelik and Chris Higgins can step up and help the cause.

But don’t bet on that happening. Look for the Rangers to be potent this season in the offensive zone.