In other news, one of my longtime favorite players returns to a former team. Defenseman Aaron Ward was traded over the weekend from Boston to Carolina, where he won a Stanley Cup in 2006 with the Hurricanes.  One of the more underrated players in the NHL, Ward has three Stanley Cups in his career. He was also a member of the back-to-back championship teams in the late 90’s with the Red Wings.

Ward should be seeing time as a second or third line defensive pairing, especially how Carolina bought out the contract of Frantisek Kaberle because he would of made 2.2 Million this upcoming season.

This was an upgrade for the ‘Canes, with their increase in size to take on the skilled forwards of the Eastern Conference such as Ovechkin, Crosby and Malkin. He would be a great compliment with Joni Pitkanen, just like how he played with Zdeno Chara in Boston. 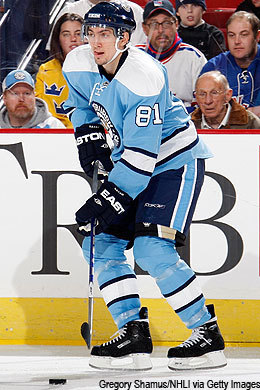 On a final note, am I the only one who wishes that free-agent Miroslav Satan change his number to 66 when ever he signs with a new team?